DC Correspondent
Jan 24: The Regional Censor Board has denied clearance to Sengadal, a film on plight of the fishermen living in the Dhanushkodi coast of India during the last stages of the ethnic war between the Tamil Eelam rebels and the Sri Lankan Government.
The maiden feature film of the award winning writer/poet Leena Manimekalai and also focuses on the sufferings of Ealam Tamils between February and May 2009, the last stages of the civil war. It is said the censors were reportedly ‘startled’ by the film and felt that it was unfit for viewing.
The film contains many pungent political references and suggests that the Indian government assisted in the ethnic-cleansing of the Tamils and the LTTE. The censors also found the language unpalatable. Ms Leena, who also doubles as the lead protagonist in the film, said, “I have only registered the facts of the ordinary lives (fishermen) caught in the atrocious war and the political apathy. All those who have appeared are real and so are the narratives. This being the case, why should I scissor the dialogues and scenes?” 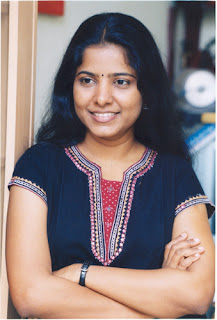 The filmmaker said the censor board’s refusal was a gross violation of the freedom of artistic expression and said that many Tamil films used the same style of language which the censors found offensive.
“The censor board is being unfair,” said Ms Leena, who, along with her producer Janaki Siva has sent Sengadal to the appellate tribunal in Delhi.
Posted by leena manimekalai at 12:08 AM