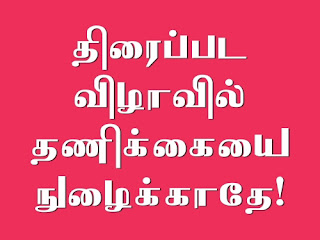 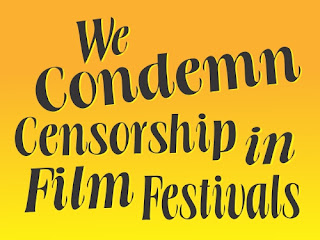 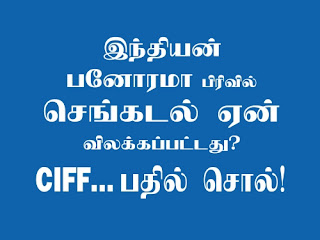 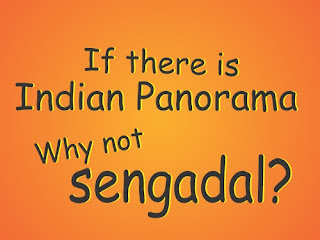 Panaji: For two years, Leena Manimekalai battled the lack of electricity, roads and sanitation, a dearth of funds, an absconding producer, getting arrested or worse, killed, under the constant watchful eye of the Sri Lankan Navy to film ‘Sengadal the Dead Sea’ in Dhanushkodi, Rameshwaram. Two years hence, her fight to highlight the plight of the fishermen form the area and their fight for survival, did not end. The film was denied a screening certificate by the censor board and was banned in India. The reasons give were: Denigrating statements about the Indian and Sri Lankan governments in the film, bi-lateral relations and un parliamentary language by the fishermen. An appeal to the Appellate tribunal quashed the CBFC ban and ordered for a new examination committee. Eight months and a nine-hour-long discussion with a newly appointed CBFC committee later, the film finally got cleared with an adult screening certificate in July.“If I’d agreed to change the script, I’d have got the film cleared the first time around.  I’m a filmmaker and the state has no business to control what I or anyone else has to say. I couldn’t stand watching the fishermen fight for their lives every day and not do something about it,” says Manimekalai, who asserts that she makes films that affect people and is not into mainstream cinema.
Describing how every dialogue in the film is either a memory of a real life incident or comments by social workers, clippings of newspaper articles and the such like, the Chennai-based filmmaker, poet and actor says, “It was difficult to put it all together and recreate it to make it look real.” Of course, after having fought the lack of electricity, cellphone signals, toilet facilities and public transport (Kambippadu is situated at quite some distance from Rameshwaram which can be traversed only by jeeps and special trucks across the shifting sandy ways along the sea shore), the putting together of the film was comparatively less difficult, she adds.Perhaps her biggest task was getting the necessary permissions to shoot the film. “In fact, 60% of the scenes have been shot illegally. We ventured into the border waters between Sri Lanka and India to film scenes despite not being allowed to, and were hidden by the fishermen under their nets in between the decks of their boats every time the Navy patrolled the area. These fishermen, who venture out to sea not knowing whether they will come back, will give their lives to save you” says Manimekalai adding, “The fishermen, who are brutally killed or beaten up by the Sri Lankan Navy, were involved in almost all activities of the unit like cooking, transport, crowd control and even helping in holding cutters and recording equipments.”
Describing it as a community film, Manimekalai says that the fishermen of Kambippadu and the Tamil refugees from the Rameshwaram Mandapam refugee camp form the bulk of the artistes in Sengadal. “None of them had ever faced a camera before. The scenes were rehearsed many times with them with script-reading and workshops,” she adds.Dhanushkodi is also under constant surveillance by the coast guard, Indian Navy, CB CID, Q Branch and Intelligence Bureau as the Sri Lankan shore is a mere 18 km from the place. “Why can’t the Indian government intervene instead of watching them die?” Manimekalai asks.
‘Sengadal the Dead Sea’ has been screened at the Official Competition section of Durban and Montreal International Film Festivals, was the only Indian film at the International competition of Mumbai International Film Festival and won the NAWFF award at the Tokyo film festival. “It’s great that the film is being shown at Iffi. The plight of the fishermen is being known even among international audiences. If my film can save even one fisherman, I will be successful. But my dream will be completely realized only when I organize a theatrical release of the film in Tamil Nadu,” says Manimekalai, whose film will be screened for Iffi at 8.30pm , 30.11.11 at INOX Screen 2

Director of ‘Sengadal the Dead Sea’ Leena Manimekalai, who is in the state to promote her film at Iffi 2011 lashed out at the festival organizers for “postponing” the screening of M F Hussain’s film ‘Through the eyes of a painter’.

M F Hussain
“Shame on the Iffi organizers. How can they fall prey to pressure by right wing organizations? If they’re organizing a film festival they need to be able to protect the rights of filmmakers and their films or not organize the festival at all,” Manimekalai said. The fact that the film will now be screened on Wednesday did not pacify her. “It shouldn’t have been cancelled in the first place,” she added.

Posted by leena manimekalai at 6:56 AM

Posted by leena manimekalai at 4:49 AM 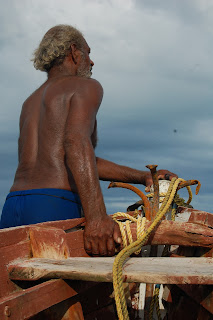 Warm Greetings.
Sengadal the Dead Sea happens to be the only Tamil film chosen for Indian Panorama , 2011.
This people participatory film dealing Tamil fishermen issue will be presented at IFFI, Goa (Nov 23 to Dec 3) and will be travelling to all prestigious film festivals across the world as Indian Panorama Package.
And certainly, it is a moment to celebrate freedom of expression as the film had suffered the worst censorship struggles for several months, for its political critique until the Appellate Tribunal's intervention in July 2011. After winning its months-long legal battle with the Regional Central Board of Film Certification and the Appellate Tribunal Authorities over the ban on public exhibition, Sengadal the Dead Sea emerged with an "A" certification, without any cuts, on July 20, 2011. The film was then officially selected in the competition sections of 32nd Durban International Film Festival,  35th World Montreal Film festival, and in 13th International Mumbai Film Festival respectively. And it has won NAWFF Award at Tokyo as the best Asian Woman film of the year 2011. Ms. Navi Pillai, United Nations High Commissioner for Human Rights, who watched the film at Durban appreciated the uncompromising voice of the film and took it as a witness of the human rights violations committed by the Sri Lankan Navy on the Indian Fishermen at the international maritime border off the shores of Rameswaram and Dhanushkodi. She has committed necessary intervention along with her UN Investigations on the genocide committed on Lankan Tamils by Sri Lankan Government.
Sengadal the Dead Sea is enacted by the real fishermen and refugees from Dhanushkodi and Rameshwaram Mandapam camp. All the supporting artistes are from Kidathirukai Therukoothu team and the film captures the fragments of their simple lives beaten by three decade long ethnic war in Sri Lanka. Produced by Tholpaavai Theatres, Sengadal the Dead Sea was one of the recipients of Production Grant by Global Film Initiative (GFI) for the year 2010.
Warmly
Sengadal team 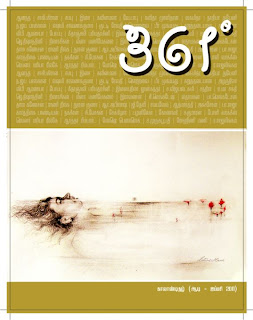 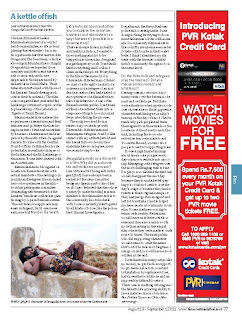 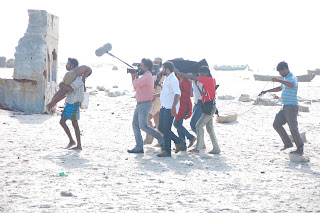 States are interested in borders, boundaries, bilateral relations and Fishermen are interested in their means of livelihood and thus the issue is conflict of interests and loss and suffering of the powerless.
Dead Sea, for sure will voice their concerns expose how abysmally small their lives are and how every other institutions of Power oppress them. All they ask is their basic rights to live and it is not too much at all. As a fellow being, let us all intervene in our own way to keep the discourse alive until there is some collective action.
You have alleged that the Indian government helped in the elam tamil genocide. How do you explain that?
India is been always a big brother to its neighboring countries. India is the one that nurtured Tamil weapon movements in Srilanka and also made them lose the war and their cause at the end of three gruesome decades of loss and suffering. Srilankan War Crimes are now exposed in the international media and there is an outcry for a trial on the excesses committed by the government in the International Court of Justice and Law. Recent UN reports clearly states that the SL government has conducted genocide. As Indians we should be ashamed of our governments who given alms, arms and every other support to Rajapakshe and be a kingpin to perform this genocide. Rajapakshe has himself given an open statement that he had conducted India's war.
Srilankan Tamils are the community in their fight for their right to self determination who have lost thousands of lives so brutally to the hands of State and Revolution. Srilankan Tamils had to constantly negotiate with the dominant Sinhala State of Srilanka and the rigid control of community exercised by Tamil militant organization Liberation of Tigers of Tamil Ealam (Ealam is the imagined Tamil State fought for by the militants)whose extremist and militarist stances have created a culture of fear and anxiety among the Tamil Polity. This has led to migration of hundreds and thousands of people fleeing across the coasts as refugees to India and other countries.
The misery spells over the Indian shores and the fishermen in the coastal borders suffer their very right to profess their traditional fishing rights. They speak the same language as the ethnic minorities in Srilanka and the racist Srilankan Navy kill them in the name of "Border Crossing".
It is the Nations and States and Constitutions and Boundaries and Border Forces which are violating fisher community's very basic right to live. What both Indian and Srilankan States do to fishermen is State Terrorism. Nearly 600 have have lost their lives till now, and more than thousands are injured and have gone missing leaving their family in the lurch. Who is responsible for that? Is it the racist Srilankan Governments? or the impotent Indian and Tamilnadu governments? Sengadal is the vent for the fishermen's anger and I join them hands.
Posted by leena manimekalai at 12:57 AM